Diets For Ayahuasca and Wachuma - CUSCO

The Ayahuasca ceremony in Cusco, Peru takes place overnight. People sit in a semicircle on both sides of the Shaman. 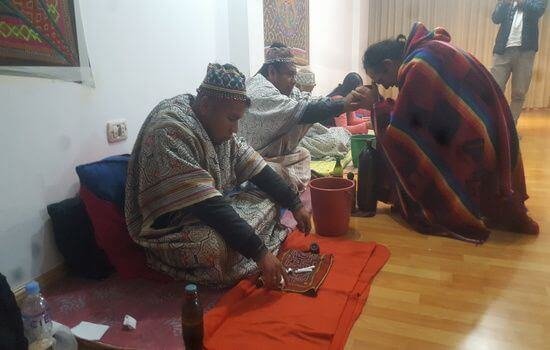 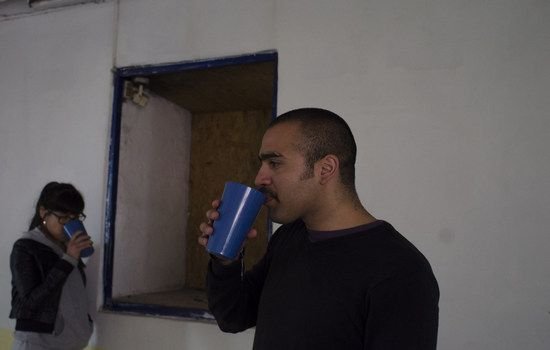 These are ceremonies or rituals of internal healing and cleansing, peace, harmony with nature. Shamanic trance chants or icaros greatly help healing the interiors and with the addition of meditation harmonizes the spirit through the intervention of the Amazonian Shaman. It is a healing and treatment technique to find emotional balance, personal and spiritual growth.

For many generations the ancient mystical plant Ayahuasca has improved health; increasing research shows the wisdom and benefits of the plant, through retreats conducted in the countryside.

The Ayahuasca Ceremonies in Cusco, Peru take place at night. People sit in a semicircle on either sides of the Shaman. Once everybody is ready, he rises, and begins the ceremony creating an energetic circle with the smoke of the Mapacho (pure tobacco cigar), to protect the place from negative energetic influences.

Once this is done, he takes the Ayahuasca and ceremonial objects and puts them on the floor, on a rug that will be the altar. He lights the mapacho again (it usually goes off if the Shaman does not puff steadily) and begins to sing an icaro.

Then, he takes the bottle of Ayahuasca and opens it. He takes smoke in his mouth and, pressing the bottle to his chest, repeatedly blows the smoke of the tobacco while capping the bottle with his hand so that it does not escape. He then closes the bottle again and leaves it on the floor. Participants drink the mystical liquid from their ceremonial cup; now it is necessary to wait in the darkness and extreme silence for the effects of Ayahuasca to appear. They usually do within 20 minutes in the natives and about 45 minutes in white Westerners. This is called Mareaci贸n (Trance). Ayahuasca retreat Peru.

The Shaman intervenes timidly during the first few minutes of the trance, where visions are still scarce.

The Shaman can raise or lower the patient's trance at will as needed. To do this he has several elements:

During the ritual some people vomit, others need to defecate, and others need the Shaman to lay their hands on them in certain places where there is disease. With it their bodies and emotions are healing.

Finally the Shaman will call the participants one by one; you will approach him and he will perform the healing. This consists in cleasing what is left of all negativeness, filling of the body with clean energy and seal it so it does not escape.

The ceremony ends when all the participants have been cleansed and healed.

People will refrain from eating food until 12:00 noon the next day, when the fasting will finish by eating some grated onions with salt and lemon.

Shacapa: Bunch of bound leaves that the Shaman shakes rhythmically to move the energy and set the rhythms of the ceremony.

Flowery water: Perfume made from herbs that is used in the Peruvian Amazon to clean people's energy. Rubbing a little on the face and sniffing it strongly helps to reduce the trance.

Camphor: Prepared liquid composed of brandy in which camphor has been dissolved. It is used as a protector against bad energies and envy. The Shaman usually sprays the patient's forehead with it.

Tips before the Ayahuasca!

Want to change the world? At Berkeley we鈥檙e doing just that. When you join the Golden Bear community, you鈥檙e part of an institution that shifts the global conversation every single day.

Our Community of Shamans offers a total quality service in the ceremonies and retreats of Ayahuasca or Wachuma.

I spent a week with the Association of Peruvian shamans in their beautiful temple in Patapata. During this time I had Ayahuasca , Watchuma, Karpay and 5 Andean ceremonies, all ceremonies with different shamans. It was an unforgetabke experience, healing and enlightening that opened a new path for me. I also want to thank Johana and Amaru, who assisted in all the ceremonies and took really good care of me during my stay. I can not recommend enough their retreats.

valid only for 24th Oct.

valid only for 18th Nov